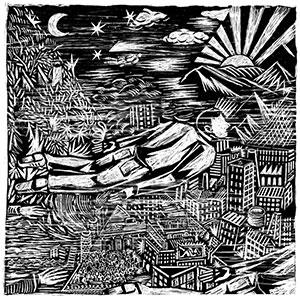 We'd apparently lost sight of Breton trio Stand High Patrol, as after the release of their 2015 'A Matter Of Scale' album, the hip-hop flavored 'The Shift' followed in 2017, and 2018 saw the release of 'Summer On Mars', a collaboration with Italian vocalist Marina P, influenced by the Bristol triphop scene. We reconnect with Pupajim, Rootystep and Mac Gyver with on 'Our Own Way'.