The treasure trove of forgotten or never released reggae records seems to be almost endless and this time it's Trojan Records who came across a gem that had been gathering dust for decades. We're talking about 'Pretty Africa', an album Desmond Dekker and his Aces recorded back in 1973 for producers Bruce White and Tony Cousins, but that never saw the light of day. 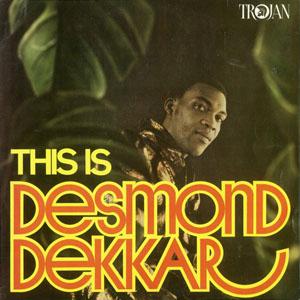 'This Is Desmond Dekkar' is a nice homage to ska legend Desmond Dekker who passed away earlier this year, and with a compilation of no less than 31 (!) songs on one CD you can hardly misspend your money in buying this compilation.