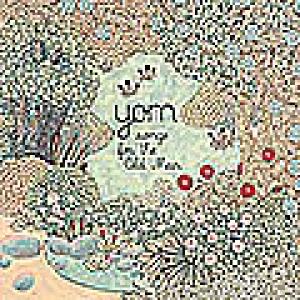 For many years now, French clarinet player Guillaume Humery, better known as Yom, has been one of the mainstays in the international klezmer scene. For 'Songs For The Old Man', he drew inspiration from the americana genre, music he strangely enough only really learned to appreciate after seeing the Australian movie 'Mad Bastards' (Brendan Fletcher, 2011) in which the music of Alex Lloyd and The Pigram Brothers can be heard. The album is dedicated to his father, who migrated to the United States in the nineteen fifties, as well as to anyone who's on the road, whether it be truckers, illegal immigrants, war refugees or gypsies. For this project Yom called on guitarist and band mate Aurélien Naffrichoux, who looked to the productions of T Bone Burnett, the sound of groups like Midlake, Neko Case or The Decemberists and americana-greats like The Band or Townes Van Zandt, for inspiration. For the recordings Aurélien mostly stuck to vintage equipment like old Fender-amplifiers, a drum set from the nineteen fifties and a number of vintage guitars. If the cover illustration of 'Songs For The Old Man' reminds you somewhat of a children's book, you're not wrong, as it's the work of Fanny Ducassé, who as a children's author and illustrator already has quite a few children's books to her name. East meets west in the most literal sense.