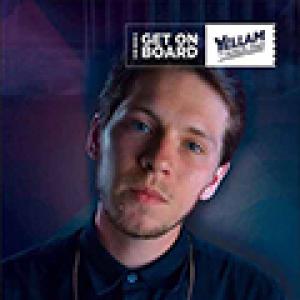 In 2014 Franco-American singjay Yellam (until recently Jr. Yellam) began working on 'The Musical Train', his second long player up for release in the spring of 2016 for which he joined forces with Irie Ites and even travelled to Jamaica to do some recording there. In anticipation of that album, there's now 'Get On Board' (get it?), a 5 track EP, with the tracks over well-known Irie Ites riddims standing out: opener 'Rub A Dub Anthem' is Yellam's version over the Diamond riddim (a revamp of Earl Cunningham's 'Cool Profile') and for 'Summertime Girlfriend' he used the Soulful Spirit riddim, based on Sharon Jones & The Dap Kings' 'How Long Do I Have To Wait For You'. 'Let The Good Time Roll' was produced Dubmatix and was already included on his 'The French Sessions' album. 'Get On Board' does exactly what it's expected to and heightened our anticipation for that 'The Musical Train' album.