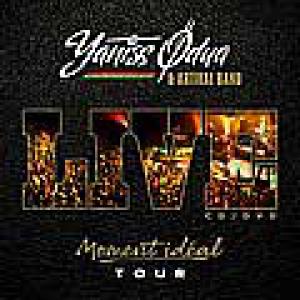 Immediately after the release of his 'Moment Idéal' album in 2013, joined by Artikal Band, Yaniss Odua embarked on a promotional tour. Apart from a series of rousing concerts, the endeavor also resulted in this CD/DVD combo. With a set list partly made up of older songs like 'La Caraïbe' or 'Rabat Joie' (read: Yaniss' biggest hits), supplemented with tracks from his recent 'Moment Idéal' album, this live-registration (recorded at Quattro in the French city of Gap) provides a nice overview of Odua's career and proves Yaniss' is a true stage animal. Nice souvenir for those who were present at one of the concerts of the Moment Idéal Tour and the perfect introduction for those who still need to get to know the Martinican singjay.