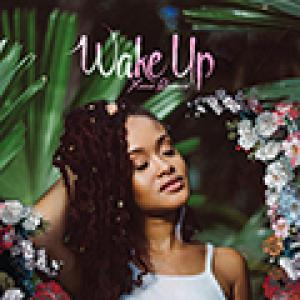 Reggae veterans send out their offspring part... 'Wake Up' is the highly anticipated long player debut of Azana Makeda Smith aka Xana Romeo, daughter of Max. With the title of the album, Xana wants to give her peers a wakeup call: "It is time for my generation to rise from their slumber and face the world our children will inherit. My aim on this musical mission is to spread this message throughout the globe, one soul at a time." Xana made the production of 'Wake Up' a real family affair: her brother Azizzi was responsible for 3 of the 6 tracks on the album, and with her uncle Lindy Lambert and other brother Romax, she recorded 'Mercy Please'. Finally the whole album was expertly mixed by Jallonzo. It might surprise some of you, but there's not a single lovers tune on 'Wake Up' (even though the cover photo might perhaps suggest otherwise). For Xana it's all about the content of her songs, or as she puts it in 'Glitter Ain't Gold': "I am my father's daughter, I got a lot to say, my music is the answer, I know no other way." Title song 'Wake Up', 'Righteous Path' and 'Rate Rasta' were all already released as singles, and on 'Wake Up' they are now supplemented with the excellent opener 'King Of Zion', a hymn to the Most High, Emperor Haile Selassie, the dubby 'Mercy Please' with the ear-catching refrain: "Dem lock up di ganjaman, dem never lock up di pedophile...", and the aforementioned 'Glitter Ain't Gold'. 'Wake Up' is also an album in classic showcase style, because in addition to the six vocal cuts, you'll also get 5 heavy dubs (only opener 'King Of Zion' didn't get a dub counterpart for some reason). More than "empressive" album debut, especially if you know Xana is still only in her early twenties!