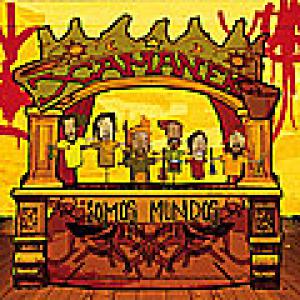 Yours truly only got aquainted with Xamanek at the latest edition of the Sfinks Mixed festival, but this band from Liège has already been going at it since 1997. The band around the Chilean Pincheira brothers initially focused on a mix of rock and funk with elements from South-American music and was then still called Xaman-ek. Xamanek found a new wind in 2010: the band began to experiment with influences from genres like reggae, cumbia, merengue and Andean music, and that eventually resulted in a second album, 'Somos Mundos', an almost perfect Belgian-made mestizo album.