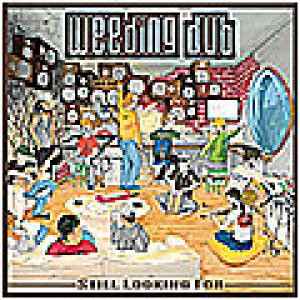 In the European dub scene Romain Weeding aka Weeding Dub, with 'Still Looking For' already presenting his fourth long player to date, is far from a stranger anymore. Previous releases 'Steppactivism' and 'Sound Of Reality' still appeared on labels like Sounds Around and Control Tower Records, but 'Still Looking For' is the first release on his own brand new Wise & Dubwise Recordings label. 'Still Looking For' opens with the violin sounds of Ras Divarius in 'Gypsy Dub' and elsewhere in the track list a number of other guests make an appearance. In the track list 'Check Yourself' featuring Oulda and 'Free' with the Inja on vocals are definitely worth checking out. At the request of DJ Vadim, Weeding Dub remixed his 'Badman' featuring Demolition Man and that's also the most captivating track on 'Still Looking For'. One for the dubheads among you!