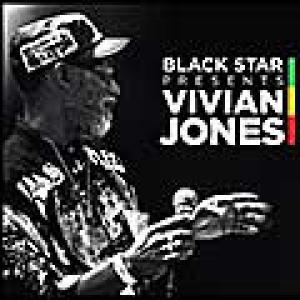 The relationship between Vivian Jones and the Dutch Black Star Foundation dates back to a short meeting in London back in 2009, and after touring together several times, the friendship that eventually blossomed now also resulted in the release of a new Vivian Jones album. In the United Kingdom Vivian Jones may enjoy a reputation for being a gifted lovers rock artist, but he's equally gifted at delivering a solid roots tune (as proven by his 2003 'Big Leaders We Don't Want NoWar' album), and 'Black Star presents Vivian Jones' should definitely be we classified in that last category. The album opens with a highlight as 'Chant Rastafari' is a great roots tune over the classic Rub A Dub riddim. The fact Vivian hasn't forgotten he has a lovers rock following is proven by the inclusion of the excellent lovers tunes 'That Love' and 'All My Life'. Just the once Vivian goes ska and on 'Want It Fi Nottin' Spectacular also makes a guest appearance. Jones finishes in style: 'Bhingy Dready' is a wonderfully hypnotic song driven by a nyahbinghi-percussion riddim and for closing track 'If The Tree Could Talk', of which 'Black Star presents Vivian Jones' also contains an dub version, the singer shows his ecological side. With a track list which containing but a mere ten songs, this album is simply too short and we guarantee you'll hit the repeat button more than once. Instant classic!