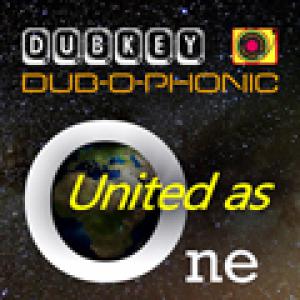 For the more than aptly titled 'United As One', Dubkey joined forces with Dub-O-Phonic, a sister netlabel from Cyprus. The project not only brought together label ownersManwel Tabone and Dub Thomas, but also involved producers like Red Star Martyrs (UK), Med Dred (UK) and Negritage (Argentina) and vocalists like Zion Irie (UK), Haji Mike (Cyprus) and Singer Tempa (UK). The resulting album consists of four riddims each generating four tracks. Excellent roots compilation for the dubnauts among you, yours truly hasn't a bad thing to say about. Like all netlabel releases this album is also downloadable for free either on the website of Dubkey (www.dubkey.com) or that of Dub-O-Phonic (www.dubophonic.blogspot.be)!