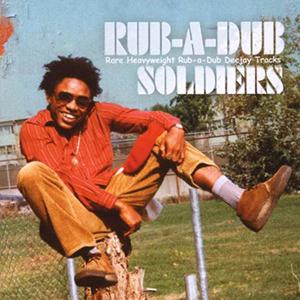 At first glance this seems like an in-between release by the Makasound label, but for those willing to give it a bit more attention, this compilation offers some gems from the rub-a-dub era of the early nineteen eighties (all recorded at the legendary Channel One studio under the skilled guidance of, among others, Linval Thompson and Henry 'Junjo' Lawes). Apart from well-known names like Ranking Joe or Brigadier Jerry, 'Rub-A-Dub Soldiers' also features more illustrious figures like Captain Sinbad or Lui Lepkie. Collector's item!