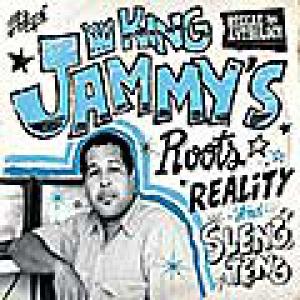 After producers like Winston Riley and Joe Gibbs, King Jammy now also gets his own 'Reggae Anthology'. Not undeserved of course, but yours truly couldn't keep from wondering if after compilations like 'King Jammy's: Selector's Choice Volume 1 & 2' (2011), 'Jammy's From The Roots 1977-1985' (2010) and 'King At The Controls, King Jammy Essential Hits From Reggae's Digital Revolution 1985-1989' (2006), there's still enough added value in this double compilation album filled for the most part with well-known Jammy productions like Johnny Osbourne's 'Water Pumping' , Junior Reid's 'Boom-Shack-A-Lack' and of course Wayne Smith's 'Under Me Sleng Teng'. That said, those looking for a bundled package of all these Jammy's hits, can hardly go wrong with this 40 track counting anthology. Initially we were under the impression the tracks on this 'Reggae Anthology' were neatly subdivided into two categories, with Lloyd James' earlier more roots inclined productions on the first disc and his digital exploits on the second, but this unfortunately did not appear the case, making the use of subtitles 'Roots Reality' and 'Sleng Teng' somewhat vague.

As a bonus, 17 North Parade/VP Records threw in a bonus DVD containing 'King At The Controls', a 2006 documentary by Johnny Wonder and Olivier Chastan. What struck yours truly in that documentary is the fact that apart from big stars like Ninajaman, Josey Wales, Wayne Smith and Chaka Demus only almost forgotten figures (Junior Cat, Tullo T, King Everald or Sketelina anyone?) from the history of King Jammy's make an appearance. Hardcore fans of that era from the Jamaican music history will probably savor this, but for yours truly this was all a tad too obscure.