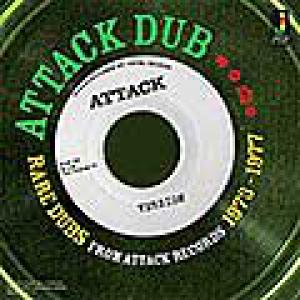 When 'Various Artists - Jackpot Dub: Rare Dubs From Jackpot Records 1974 - 1976' still focused on Bunny Lee's Jackpot Records label, for the similar 'Attack Dub: Rare Dubs From Attack Records 1973 - 1977' Jamaican Recordings drew inspiration from his Attack label. Back in his heydays the prolific Lee almost came up with a new label every week, something he now comments about: "I still have tags sometimes that I don't remember until I see it!". Once again we're presented with a variety of dubs from the hand of dub grandmaster King Tubby: sixteen highly enjoyable dubs of memorable songs like Johnny Clarke's 'None Shall Escape The Judgement' (here 'This A The Best Version', with as many as eight dub versions of his songs in the track list, Clarke is the uncrowned king of this compilation), Linval Thompson's 'Don't Cut Off Your Dreadlocks' (here 'Don't Cut Off Your Dub') or Horace Andy's 'Money Money' (here 'Money Dub').