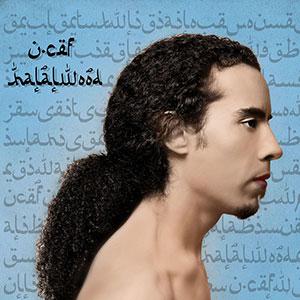 For 'Hallalwood' (cfr. Hollywood, Bollywood) London based DJ U-Cef fantasized about a utopian Casablanca; a place with a soundtrack that is a mix of bendirs (Arabic snare drum), mizmars (Moroccan wind instrument, folk oboe or shawm), rattling mopeds and ringing cellphones. Of course a place like that, attracts stars from all corners of the world and that's why U-Cef gets the company of an invitee for just about every track of the album, ranging from Blur and Gorillaz front man Damon Albarn ('Stick') over UK Apache to, where Arab music is concerned, the almost inevitable Natacha Atlas. His collaboration with Damon Albarn yielded U-Cef an added bonus in the form of a cartoon for the liner notes of the album done by Jamie Hewlett, also responsible for the artwork of Gorillaz. With relative ease, U-Cef conducts a sound clash between East and West, something which in reality unfortunately is often a lot harder!