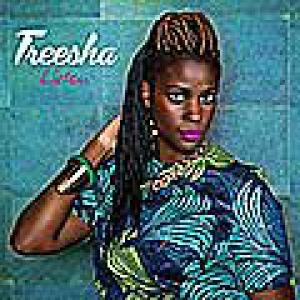 Even though Treesha's name might not ring a bell yet, chances are you will already have seen this German-Kenyan singer on stage, as after Mamadee's departure, Treesha (real name Patricia Wambui Mwaura) stepped in as one of Gentleman's backing vocalists. Along with some members of his Evolution Band, Treesha also started working on her solo debut, in the process also bumping into Skarra Mucci. The Jamaican deejay was so impressed by Treesha's vocal skills that he decided to release 'Listen' on his own label, Undisputed Records. The songs on 'Listen' range from poppy Rihanna-esque tunes (opener 'Love Letter') over dancehall light ('Let Me Know', popping up in the track list in two versions back) to rock-solid lovers tunes (title track 'Listen', 'Don't Run Away', 'Give It To Me') and with the infectious 'Down 2 Music Lane' even a single ska tune. We were most taken with 'Don't Do It', Treesha's version over Oneness Records' Retro Locks riddim and undoubtedly the catchiest tune out the track list, 'Love You Like 123', a duet with host Skarra Mucci, and 'I'm A Lion', a sturdy new roots anthem. Varied and more than convincing debut effort.