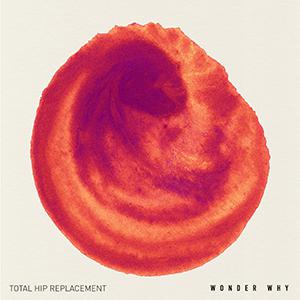 Total Hip Replacement is a five-piece band from Aarhus in the North-East of Denmark. The quintet was formed in 2013, already released two earlier Dennis Ahlgren produced EPs (2015s 'Keep The Fire Alive' and 2016s 'A New Generation' from) and for their long player debut once again joined forces with the producer. The title of the album and some of the songs on 'Wonder Why' hint at the growing confusion and scepticism in society, in which existential and political issues more often than not are left unanswered. 'Cold Man' is about an aloof businessman, only concerned about the profit he makes with his louche deals and doesn't care about the consequences of his actions, and 'So Long' talks about the deep inequality dividing our society, which in its worst form can lead to segregation. The sound of Total Hip Replacement is a successful mix of reggae with influences from funk and soul ('Come Along', 'Waiting', 'Come My Friend'), jazz ('Another Life'), gnawa percussion ('Cold Man'), pop (closing track 'Circles'), and for 'All I See', Total Hip Replacement invited Danish-Turkish singer Luna Ersahin, who gave the song a mystical oriental touch. No food for reggae purists, but none the less a more than interesting and at times wayward Danish take on the genre.