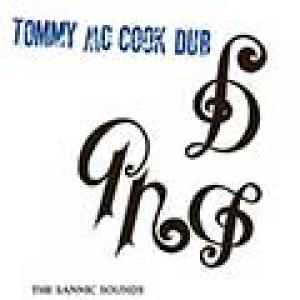 Amateurs of obscure Jamaican vinyl we can definitely recommend 'The Sannic Sounds Of Tommy McCook'. In fact this is an instrumental album saxophone legend Tommy McCook recorded in 1974 for producer Glen Brown. In the past it was already released as 'The Sannic Sounds Tommy McCook', 'Tommy McCook Dub' and even 'Horny Dub', and now the Japanese Dub Store Records is adding this quality reissue. The album opens strong with 'Determination Skank', a cut over the Dirty Harry riddim, at the time also released as a 7 inch ('Dirty Harry', the song that lent its name to the riddim, can also be found elsewhere on the album). McCook continues along the same lines with 'South Side' (also known as 'Music From Southside'), a delicious version over the Slaving riddim. Things take a romantic turn with 'When I Fall In Love', an instrumental saxophone version of the evergreen immortalized by Nat King Cole. The fact other musical influences were also seeping through in 1970s Jamaica, McCook proves with the groovy 'Funky Reggae'. One for the music-quizzers among you is 'It Ain't Who You Know', McCook's instrumental interpretation of the eponymous soul song by Jackie Moore. Another one for riddim fanatics to rejoice over is 'More Music', a version over the relatively obscure Merry riddim by Glen Brown. Closing track 'Scatterlight Rock' is in the same vein, as the song, also recorded by McCook in a slightly different version as 'Way Down In South', is an instrumental over Glen Brown's Father's Call riddim. Absolute gem for those who like this kind of vintage material!