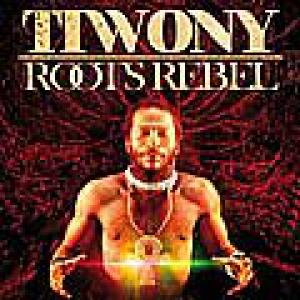 With a track list counting no less than 17 songs, like on his 2011 album 'Cité Soleil', Tiwony didn't seem too picky when choosing the tracks for 'Roots Rebel', which certainly doesn't mean the track list of the album is filled with stinkers. As the title already suggests, for this album Tiwony went in search of his roots. Of French-Antillean decent, Tiwony is an heir of the transatlantic triangular trade between Europe, Africa and the Caribbean, a fact that is well reflected in the songs on 'Roots Rebel': opener 'Papiyon La' is an ode to Tiwony's birth place Guadeloupe, an island that with a little imagination has the shape of a butterfly, in 'Rue Du Castel' he talks about the slave island Goree in Senegal and in the company of the late Bunny Ruggs he calls on the African nations to join forces in 'Afreeka Unite'. The whole album, for which Tiwony collaborated with sound engineer Gaylord Bravo, was recorded between Paris, Kingston and Dakar and the guests the singjay invited to join him on 'Roots Rebel' (Takana Zion, Bunny Ruggs, Straika D, Féfé Typical, Joelle Ursull, Turbulence...) also represent both the Caribbean and Africa. Excellent French release with an Afro-Antillean vibe!