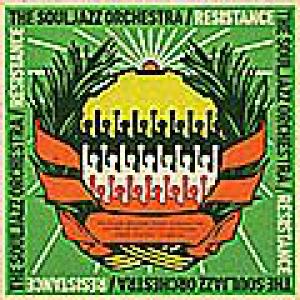 For 'Resistance', already their fourth long player for Strut Records, Canadian band The Souljazz Orchestra this time spice their recipe of afrobeat, salsa, reggae and Ethio-jazz with influences from French-Caribbean genres like zouk and cadence, and with a song like 'Shock And Awe', a song celebrating people power with a title referring to the Bush-era military tactics, even a dose of Ivorian coupé-décalé. 'Resistance' is also the band's first all vocal album, something they should have experimented with a lot sooner in our humble opinion. The striking cover illustration, reminiscent of 20th century communist propaganda posters, is once again the work of keyboard player Pierre Chrétien who drew inspiration from Cuban poster art and the work of artists like Saul Bass and Black Panther Emory Douglas. 'Resistance' is the excellent soundtrack to a tropical party, it's just a pity this album is only released now, when summer is already slowly fading away!