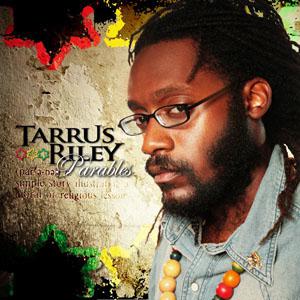 Tarrus Riley (son of legend Winston Riley) is a newcomer to the VP stable. 'Parables' is already his second album, but suffers from mediocrity; the album opens strong with 'System Set', a track on a riddim we still recognized from Luciano's 'Give Praise' and 'Beware' (on a reworked Kutchie riddim) and 'One Two Order' (a highly original tune on Prince Alla's One Stone riddim) are also convincing. All in all, this album, produced by sax legend Dean Fraser, isn't all that bad, but the multitude of semi-acoustic songs in the second half of the album, makes it lean just a bit to the corny side!