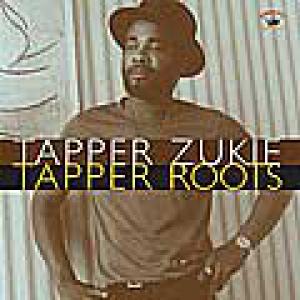 As their last release for 2014, the Kingston Sounds label opted for a reissue of 'Tapper Roots', the second and last album Tapper Zukie recorded for Richard Branson's Virgin Records label in 1978 ('Peace In The Ghetto', Tapper's first album for Virgin was already rereleased by Kingston Sounds earlier this year). Tapper Zukie was part of a whole group of artists (Big Youth, Mighty Diamonds, U Roy ...) signed by John Lydon aka Johnny Rotten left for Branson's label. 'Tapper Roots' features a set of tracks - just think of songs like 'Satta', Tapper's version over the Satta riddim, 'Green Bay Murder', Tapper's take on the 1978 Green Bay Massacre, and of course the unforgettable 'O Lord!' over the Storm riddim - which have all become classics in the deejay genre and can be considered absolute highlights in Tapper's career. As icing on the cake, for this reissue Zukie added two tracks to the original track list of the album: 'Make Faith', a song Tapper recorded with Knowledge, and 'New Star', a cut over the My Whole World Is Falling Down riddim.