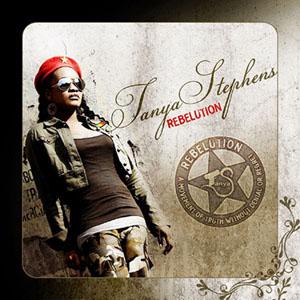 Many a reggae fan will have longed for the successor of the success album 'Gangsta Blues'. Even though there are no hits with the same punch as 'It's A Pity' on 'Rebelution', this is without any doubt one of the albums of the year. As a songwriter Tanya Stephens has clearly reached full maturity and no taboo is spared. In 'Saturday Morning' she criticizes (her own) alcohol abuse, 'Rosa' is an apology to figures from the Civil Rights Movement like Rosa Parks, Martin Luther King and Malcolm X, but the most controversial song on 'Rebelution' is undoubtedly 'Do You Care' in which she (as a Jamaican woman!) subtly questions the discrimination against homosexuals in Jamaica. Musically this album can hardly be classified as being just reggae or dancehall; in Tanya Stephens Jamaica has clearly found its own Lauryn Hill. Not that the album needs it, but as the cherry on the pie VP Records even added a bonus DVD. Viva la Rebelution!