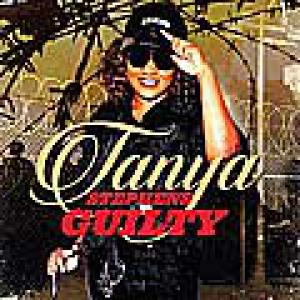 With 'Guilty' Tanya Stephens seems to have found her mojo again. After brilliant albums like 'Gangsta Blues' (2005) and 'Rebelution' (2006), the self-published 'Infallible' (Tarantula Records, 2010) didn't cause much of a stir: somewhat disillusioned with the music industry, Tanya offered the album to her fans for free and, despite the title, musically it wasn't really her best effort either. Stephens turns the corner with 'Guilty', an album that was first released by Sanctum Entertainment at the end of last year, but is now reissued in cooperation with VP Records. Tanya's long time accomplice Andrew Henton is no longer part of the game, but Andre Gordon fills his shoes with gusto. The track list of 'Guilty' once again offers that mix of tongue-in-cheek songs about relationships and sex ('Too Real Fi You', 'Unapologetic', which reminded yours truly somewhat of 'Boom Wuk', 'Wine Up On Me') and socially critical tracks like 'Bible Or Gun' or 'Broken People'. Just the once Tanya decides on recycling a classic riddim, as for '140 LBS Of Love' she used the I'll Be Lonely/Those Guys riddim (but the Red Tam riddim, used for 'Wine Up On Me', is actually no more than a reworking of the classic Please Be True riddim as well). Our personal favorite from the track list and classic Tanya is 'More Music', in which Stephens gives her colleagues in the music industry a stern talking to for continuing to put out tunes that are mostly bland uninspired copies of well-known songs from the past. The queen of Jamaican lyricism is back!