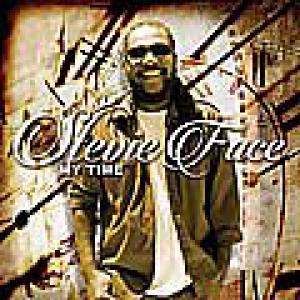 Even though yours truly is a great amateur of the lovers rock genre, we weren't as yet familiar with the work of Anwar Owen Hanchard aka Stevie Face, a singer from Yallahs in Saint Thomas, who's mainly built up a fan base in the United Kingdom. For 'My Time' Face collaborated with producer Paul 'Computer Paul' Henton and the album is an excellent mix of self-penned material and covers of classics from soul (Judy Clay & Billy Vera's 'Storybook Children', in reggae already immortalized countless times by among others The Pioneers, Delroy Wilson, Gregory Isaacs and Errol Dunkley), r&b (Terry Garmon's 'Any Way', on 'My Time' renamed 'As Long As You Bless Me'), pop ('Groovy Kind Of Love', made world famous by Phil Collins who used it for the soundtrack of 'Buster', but originally recorded by duo Diane and Annita, who already recorded their version back in 1965, or 'United We Stand' by Brotherhood Of Man, here as a duet with Adele Harley) and rock (a lovers rock version of U2's 'Still Haven't Found What I'm Looking For'). We can imagine some of you will find Stevie Face has seriously overstepped the corniness factor here and there (and even for us his cover the Blues Busters hit 'Behold' was a bit too much), but for yours truly this is the ideal album to make it through the cold and gloomy winter season.