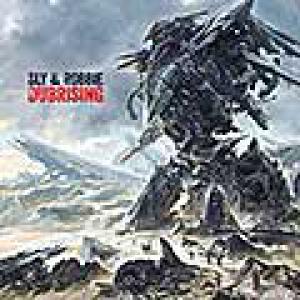 Tabou1 producer Guillaume Bougard states to be thrilled with 'Dubrising', the new dub masterpiece by riddim tandem Sly & Robbie. Nothing was left to chance and only the best was good enough. At the base of the dubs on 'Dubrising' are tracks recorded between 2006 and 2012, for which Sly & Robbie collaborated with artists like Horace Andy, Chezidek and Bunny Rugs. For the remixes Guillaume called on the illustrious Paul 'Groucho' Smykle, in the past already responsible for Sly & Robbie's 'Dub Experience' and Black Uhuru's 'Dub Factor' among other things, and thanks to 'Dubrising' reunited with Sly & Robbie for the first time in about 30 years! In turn Groucho invited Dan Donovan (Big Audio Dynamite) and Bunny McKenzie to add extra synthesizer and harmonica parts to the original songs. The result is an excellent dub album even though occasionally ('Satan Fall' a reworking of Horace Andy's 'Zion Gate') it requires some effort to recognize the original in the finished dub mix. 'Dubrising' is a vinyl lovers treat, as apart from being released in LP format, there's also a double 12 inch version, and, for the real enthusiasts, there's even a very limited edition for which Bougard asked Jacques Golub (known from his Kingston Connexion label) to create 25 hand lathed 7 inch singles. Responsible for the, quite impressive and futuristic cover illustration of the album is Chinese video games and cartoon illustrator Kuang Hong.