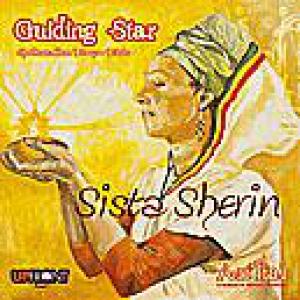 Sista Sherin's Facebook page biography reads: "Sista Sherin definitely sounds like... Sista Sherin!" and we can only agree. Her somewhat eerie voice didn't really agree with yours truly, but is that subjective argument enough to write off this album entirely? Certainly not, as for those who like Sherin's voice, 'Guiding Star' is nothing less than a solid roots album with a UK vibe; the kind of roots played at dub sessions with each track followed in showcase style by its dub version. For this album Leipzig based Sista Sherin joined forces with Dub Soljah, founder of UPfront Family, with whom she started the Art'Ital Project sub-label.