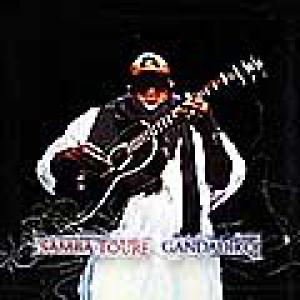 After 'Albala', recorded during the unrest that swept through Mali in 2012, Samba Toure above all else wanted 'Gandadiko' (Songhay for "land of drought" or "land of fire") to sound as a message of hope, with 'Woyé Katé', the last track on the album and a duet with Tuareg musician Ahmed Ag Kaedi (Amanar), in which both men call on their compatriots to return to their homes and work together in unity to rebuild the country, perhaps being the best example. That being said, Touré certainly doesn't shy away from more profound topics on this album. Title track 'Gandadiko' talks about the drought that holds Mali in its grip and poses an even greater threat than Ansar Dine ever was. Touching is 'Su Wililé (The Living Dead)', a song in which Samba tells of a childhood friend slowly withering away from alcohol abuse; a song that becomes even more poignant when you learn the friend in question eventually died during the recording process of the album. Rock-solid desert blues from a Malian master guitarist!