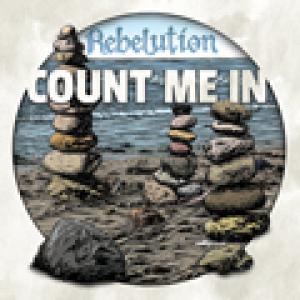 Those who didn't quite enjoy the un-reggae-like and poppy voice of Eric Rachmany on the previous albums by Californian band Rebelution, probably won't enjoy 'Count Me In' either. That being said, musically the band has clearly matured. For their triple masterpiece, 2013's 'Peace Of Mind', Rebelution already collaborated with Easy Star producer Michael Goldwasser and this time 'Count Me In' is therefore simply distributed by the Easy Star Records label. The album also features two distinctive guests: Bermudian singjay Collie Buddz ('Hate To Be The One'), who Rebelution joined on tour in the past, and roots veteran Don Carlos ('Roots Reggae Music', without much competition one of the best tracks on 'Count Me In').