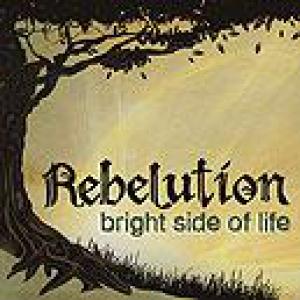 The latest reggae revelation from the States is called Rebelution. Eric Rachmany (vocals & guitar), Rory Carey (keyboards), Wesley Finley (drums) and Marley D. Williams (bass) stem from Isla Vista near the mundane Santa Barbara in California, but their sound is clearly indebted to that of the Washingtonians of SOJA. Combine the occasional solid guitar riff with socio-critical songs with titles like 'Outta Control', 'Wake Up Call' or 'Change The System' and the poppy voice of singer Eric Rachmany and you get Rebelution. Must for those daring to color outside the lines.