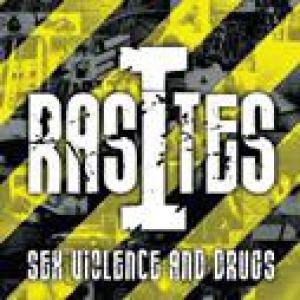 The Rasites are back! Not that this London posse ever really went anywhere, because they are one of the most active backing bands in the current live circuit (Michael Rose, Abyssinians), but where album releases are concerned, after their 2001 debut effort, 'Urban Regeneration', things stayed completely quiet. The title of this follow-up to 'Urban Regeneration', 'Sex, Violence And Drugs' (recorded for Mad Professor's Ariwa label) is a tad deceptive - don't panic the Rasites haven't turned themselves into a dancehall act - but was in fact chosen intentionally to symbolize the negative things the members of the Rasites see themselves confronted with on a daily basis and against which this album is a musical indictment. Seven years after 'Urban Regeneration', 'Sex, Violence And Drugs' sounds like a near perfect successor; the Rasites have clearly matured and aren't afraid to show what they have learned. Notable exception in the track list: the Toto cover 'Africa'.