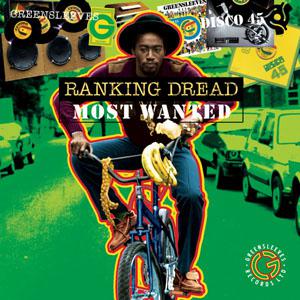 'Fattie Boom Boom', the latest release in Greensleeves 'Most Wanted' series, is dedicated to the limited oeuvre of rub-a-dub deejay, rudeboy and notorious gangster Ranking Dread. Although 'Fattie Boom Boom' counts just six tracks and an equal number of dub versions, this is one of the most interesting releases the Greensleeves label has offered us this year. Ranking Dread was without any doubt one of the most talented deejays of his generation and with this compilation the evidence is there for all to discover. Ranking Dread aka Errol Codling aka Robert Blackwood was deported from the United Kingdom in 1988 and was never again involved in the music business after that. Most wanted indeed!