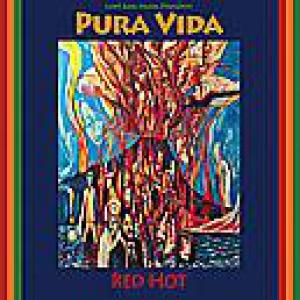 Three years after their highly acclaimed debut album 'Struggle In The City', Belgian roots pride Pura Vida returns with 'Red Hot'. Not that Pura Vida disappeared from view at any time, because with several side-projects (Congo Ashanti Roy, G.T. Moore) and an almost infinite series of concerts, the band around front man Bregt De Boever seemed somewhat omnipresent in the Belgian reggae landscape. With 'Red Hot' they once again deliver a balanced reggae gem; with eight new tracks, two live tracks and three dubs, this new album offers something to everyone's taste. Tracks like 'Jah Make Yah', 'Where You Gonna Run' and 'Forever One' are another demonstration of the enormous influence The Congos have had on the Pura Vida, but Poddington Krank is careful enough not to fall into the trap of repeating that gimmick without end. By constantly putting forward different voices (Collieman, Nina Schelfthout, Saimn-I) Pura Vida assures 'Red Hot' never gets boring. Thanks to the use of a harmonica, 'Broken Hearted' has a bluesy vibe, contrasting with the next song in the track list, the upbeat title track 'Red Hot'. 'Red Hot' sounds more accessible and less experimental than predecessor 'Struggle In The City', something yours truly thinks is not a bad evolution. You best keep listening to the end as 'Dub Alone', the last track on the album, harbours a hidden track.