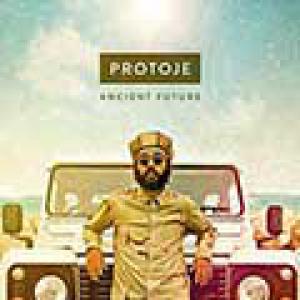 Expectations for 'Ancient Future', Oje Ken Ollivierre aka Protoje's third long player, were high to say the least. Rest assured though as this is an absolute killer of an album! Protoje collaborated with Overstand Entertainment's Phillip 'Winta' James for this project and that combination proved a winner. The absolute anthem on 'Ancient Future' is, of course, 'Who Knows', a duet with Chronixx, but songs like 'Criminal', 'Bubblin' Chalice' or 'Stylin''can also be considered instant hits. Protoje likes to delve into the past for inspiration - the album isn't titled 'Ancient Future' for no reason - and you'll certainly recognize the odd intro and riddim: opener 'Protection' is yet another revamp of the Police In Helicopter riddim, for 'Bubblin' Chalice' Protoje recycled Zap Pow's 'Bubblin'', 'Criminal' opens with the intro to Pablo Moses' 'A Song' but then moves into the bass line of Ini Kamoze's 'General' (made famous as the Gunzalis riddim), in 'Sudden Flight' Protoje flows over the Gunshot riddim and even ska tune 'Answer To Your Name' is in fact an update of an old Prince Buster track ('Girl Answer Your Name'). Of course 'Ancient Future' features familiar faces like Kabaka Pyramid, Chronixx and Jesse Royal, but at the same time Protoje introduces us to new talent like Mortimer or Sevana. We could be mistaking, but where yours truly is concerned, 'Ancient Future' might well have the same innovative impact as Damian Marley's 'Welcome To Jamrock' had, now exactly 10 years ago.