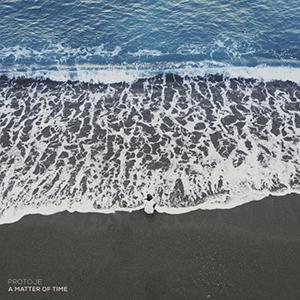 For the successor to his highly successful 2015 'Ancient Future' album, Protoje once again joined forces with producer Phillip 'Winta' James, but anyone expecting a similar album will be sadly disappointed. Protoje: "It's not as traditional as my last album, but it's still authentic. It's more innovative, more global and more experimental; I want to elevate reggae culture and the world's perception of it.". Singles like 'Blood Money', in which the police, politicians and organized crime all get a  dressing down ("Police cancel operation, cause nuh real bad man nah go station, now if you check the situation, a blood money run the nation!"), and 'Bout Noon', thanks to their accompanying clips, already received the necessary attention on social media. The latter song is also the perfect counterpart to 'Blood Money' (proclaimed single of the year by Mutabaruka in 2017), as according to Protoje: "When I am on tour for two months and I am going home, I'm not thinking about political corruption, I am thinking about seeing my girl and taking her away from her work for a few days."; proving Protoje is only human after all. Album opener 'Flames', a combination with Chronixx, starts with a bombastic Hollywood movie-like for which Winta and Protoje even hired an entire symphonic orchestra. In the song, the duo masterfully denounces the tricks Babylon uses to try and fool us or control the masses. Among other things, it produced the following great verse:

"When the government can't fight crime
Them blame Kartel or blame Alkaline
Wha'pen to the parents dem weh not tryin'
Fi tell the youth dem make up them own mind
Haffi think deeper, overstand me
All of this start so underhanded
Like all a man like Bustamante
How you fi get me trust that man deh
National hero who? You 'tan deh
Hugh Shearer ban Walter Rodney
None a dem ting nuh teach inna the school
Dem take man fi fool you know da plan deh
But, where the one them who nah compromise
Start talk truth so dem waan come fi I
A "I" fi a "I" or a tooth fi a tooth
'Til your mouth full a gum and your food nuh get chew…"

But in all honesty, we were more taken with 'No Guarantee', the duo's other combination in the track list, talking about the expectations others have of you, but which they don't necessarily fulfil themselves:

One of our personal favorites on 'A Matter Of Time' is 'Lessons', in which Protoje, like Kabaka Pyramid in 'Meaning of Life', goes in search of answers to the big questions of life. Truths & Rights', a combination with Mortimer, will undoubtedly also become a hit, and Protoje concludes with 'Camera Show', in which he sternly criticizes Donald Trump's immigration policy and shows himself to be a true supporter of the #MeToo movement:

"Leaders deh pon twitter feed them ego like a dummy,
come in like a comedy but nothing deya funny.
Land of the free and the home of the brave,
who consider owning other people as the good old days.
Now I hear they really want fi make it great again
Acting like it was so great back then, oh man…"

Protoje once again shows himself to be a master lyricist who only has to fear competition from Kabaka Pyramid, and 'A Matter Of Time' itself is what in musical terms is called a "creeper": an album you have to listen to a few times before you really start appreciating it for what it's worth, and that from then on only gets better every time you put it on.