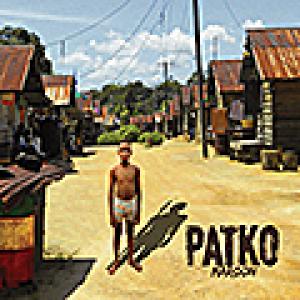 With his debut album 'Just Take It Easy' Patko didn't immediately leave a lasting impression, but on successor 'Maroon', the French Guyanese singjay shows he's clearly matured in recent years. In contrast to 'Just Take It Easy', which only featured himself, for 'Maroon' Patko compiled an impressive guest list: Fantan Mojah, Joggo, Djely Kouyaté, Danakil and Dean Fraser, are all present and behind the mixing desk producers like Manjul and Sherkan lent a hand. For the English-language portion of opener 'Tears' Patko seems to have listened closely to Alborosie and in songs like 'Lob Suriname' and title track 'Maroon' (given a West-African touch by Djely Kouyaté), Patko celebrates his roots. In the intro of 'Egalité & Justice', a combination with Danakil's Balil and Natty Jean, for once it's not Haile Selassie or Marcus Garvey you hear, but Mahatma Gandhi. The only false note in the track list is the bombastic 'Kingdom Of Ashes'.