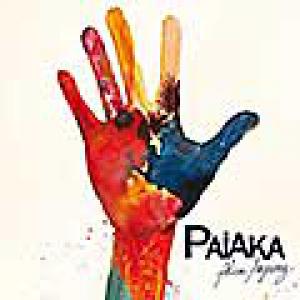 The term "payaka", well-known among reggae amateurs from songs like Culture's 'Them A Payaka' or Bob Marley's 'Bus Dem Shut (Pyaka)', is patois for heathen or sinner, but in this case (and spelled slightly different) also the name of a French band from Clermont-Ferrand in the French Auvergne. 'Alive Anyway' is the entirely English spoken long player debut of this ten piece band, that in 2013 still won the French leg of the Rototom European Reggae Contest. A well-deserved victory as far as we're concerned, as with 'Alive Anyway' Païaka presents an excellent set of roots, with songs occasionally echoing the influence of Groundation ('Painters', thanks to Clément Verhaeghe's skills on the organ, also our favorite track on 'Alive Anyway', closing track 'What For') and often ending in long instrumental or dubby outros ('Play With Rules'). A special mention has to go to the brass section of the band (Marc Gravejat - trombone & sax, Laurent Kramarz - trumpet) infusing Païaka's compositions with an extra dimension (just listen to the solos in 'Tomorrow People' or 'Nasty Men'). A band we definitely haven't heard the last of!