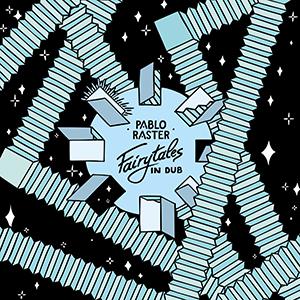 As the title suggests, for this album, the Polish based Italian producer Pablo Raster drew inspiration from well-known ('Puss In Boots', 'Alice In Wonderland', 'Peter Pan') and lesser known ('The Fox and the Grapes' and 'The Cricket and the Ants', both fables attributed to the Greek poet Aesop) fairy tales and fables. Original approach, if it weren't for the fact that a number of tracks on 'Fairytales In Dub' lack the fairylike atmosphere you almost automatically expect this kind of project to have. Exceptions are 'Puss In Boots', also our favorite from the track list, in which Gosia Kowalczyk's flute adds some needed enchantment, and the digital riff in 'Grasshopper And The Ants' also provides the necessary magic, but 'The Sword In The Stone' and opener 'Alice In Wonderland' are heavy dub tracks and 'The Nest Of Dragons' we would even almost dare to catalogue as techno.