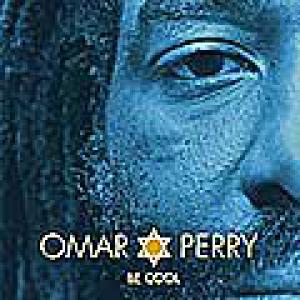 With the self-published 2012 effort 'The Journey', Omar Perry didn't cause that much of a stir. Not that it was an inferior release; it just got way too little promotion. For his new album 'Be Cool' (counting a mere 7 tracks perhaps rather an EP than a full album) Perry went about thing somewhat differently this time: he not only joined forces with Robbie Shakespeare, but the album itself appears on the reputed French Tabou1 label of Guillaume Bougard (in the past already responsible for releases by U Roy and Sly & Robbie, to name but a few). 'Be Cool' is without the slightest doubt Perry's most roots influenced release thus far, even though with 'Love To See You Smile' and 'My Shining Star' the track list does contain two lovers tunes. Yours truly couldn't really find fault with any of the tracks on 'Be Cool', but had a slight preference for the excellent 'Praises To The Father' and the solid 'Blaze This Ya Fire', a guaranteed party starter for the better roots and dub parties. Omar Perry continues to grow as an artist and that's an evolution that we can only applaud.