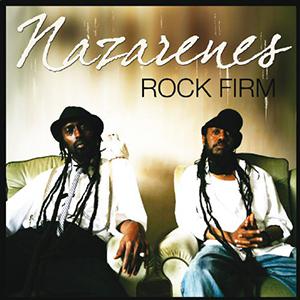 Yours truly was introduced to the work of Nazarenes three years ago, when the Heartbeat Europe label presented the Sweden-based Ethiopian brothers Tewolde to the rest of Europe with the release of their second album 'Songs Of Life'. Although that album was a pleasant surprise - the brothers bring a mix of traditional roots reggae and soul - it did not give the impression there was going to be a sequel. Successor 'Rock Firm' now proves otherwise. Their sound has remained more or less the same and those who didn't like Noah Tewolde's voice the first time, can also pass on this release. 'Rock Firm' is a well-produced, relaxed sounding roots album, but it remains a pity that these Ethiopian reggae playing brothers don't seem to dare to experiment in their own language (Amharic, Tigrinya...).