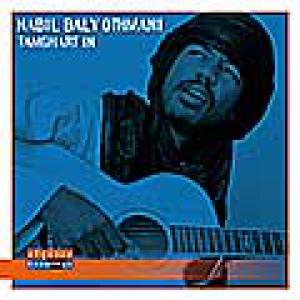 'Tamgarth In' is a reissue of Nabil Baly Othmani's 2010 debut album, extended for the occasion with three bonus tracks. Othmani is a Tuareg musician from Djanet, a town in the extreme southwest of Algeria (the region of the Ajjers or Kel Ajjer), which Nabil serenades in opener 'Djanet'. The Tuareg-recipe should be well-known by now, but here and there Othmani spices up his desert blues with a personal touch: for songs like 'Toi Désert' and 'Elle M'a Dit' Nabil not only switches to French, but in that first track influences from Tex-Mex frontera-music can be heard and the latter leans towards French chanson.