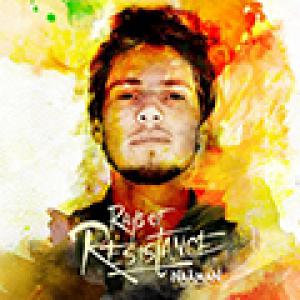 Two years after his promising debut, 'Deep Rockers, Back A Yard', Naâman returns with a new long player. For his debut effort the Norman singjay still called on Jamaican expertise (Sly Dunbar, Dalton Browne, Sam Clayton Jr.), but all production work for 'Rays Of Resistance' was done by his brother in arms Fatbabs. After the release of 'Deep Rockers, Back A Yard', Naâman went on a European tour and afterwards took off to faraway places like Nepal, India, Lebanon and of course Jamaica to blow off steam. In the songs that now make up the track list of 'Rays Of Resistance', Naâman processed his impressions of that period: the cheerful and up-tempo 'Outta Road' exactly captures the frenetic pace of Naâman's life on the road, and 'Garden Of Destiny', inspired by Naâman's experiences in China and Tibet, has an Asian flavor. Naâman wrote opener 'Resistance' in response to the attack against Charlie Hebdo, but it can also be seen as a solid statement in the light of the more recent events in Paris. 'Those Rays', reggae meets hip-hop, thanks to the presence of Nemir gets a bit of a Stromae-vibe. Most of the other guests on 'Rays Of Resistance' (Massy The Creator, Triple) are hip-hop oriented and we only recognized Soom T, with whom Naâman recorded the intimate 'My Days'. The closing track on the album is called 'Let Me Grow ' and grown Naâman surely has!