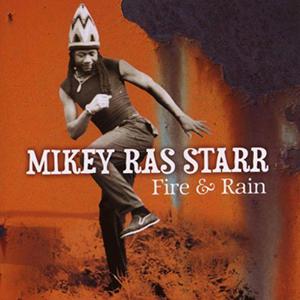 Makasound strikes again! It's incredible how these French do it, but their re-releases continue to amaze. The last in the list is this 'Fire & Rain' by the little-known Mikey Ras Starr. In the 1970s, Mikey was mainly active as a bass player for, among others, Kiddus I, Israel Vibration and Sugar Minott, but at the beginning of the 1980s, like so many Jamaicans, he migrated to the United States where he still performs under the name Haile Maskel. Strictly speaking, this is not actually a re-release, because this album, recorded in 1979, was never released. All praise to Makasound to have saved this forgotten roots treasure from oblivion.