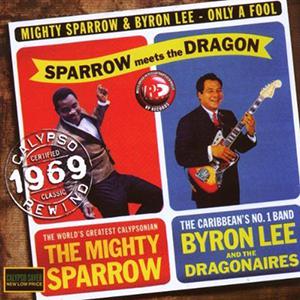 In the glorious 1960s, apart from ska and rocksteady Jamaica also had to offer calypso. VP Records refreshes our memory with the re-release of two albums by guitarist and arranger Byron Lee and Mighty Sparrow, one of the most famous calypsonians from the era. The eponymous title track of the first album, 'Only A Fool', is anything but Calypso, but became a worldwide classic that even your grandparents might know. These two reissues won't be to everyone's taste, but are certainly interesting enough to deserve a CD release. Call it Jamaican music history.