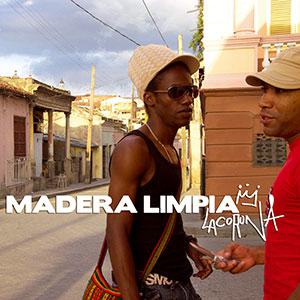 The fact Orishas' success formula of mixing classic Cuban son with modern hip-hop would get a following, was only a matter of time. Madera Limpia are Yasel and Gerald, two young guns from Guantanamo who want to lift Cuban music to the 21st century without having to throw tradition overboard. Sometimes that works just fine ('En La Esquina') and their excursions into dancehall are also contagious ('Loco', 'Salsa'), but other tracks ('Tu Papa', 'La Corona') sound too corny and/or poppy. 'La Corona', the Cuban sign of respect, is a more than solid debut effort from a duo we'll certainly continue to monitor.