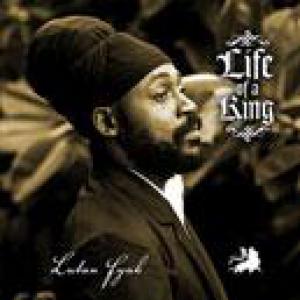 Ten years ago Lutan Fyah and Jah Mason were still rising stars in the Jamaican music scene, but somewhere along the lines we lost track of both of them. Lutan's releases aren't necessarily bad, but they always differ greatly in style, which makes it hard to find a thread throughout his discography. For 'Life Of A King' Lutan joined forces with producer Khabir 'Kabs' Bonner and despite it being a rather successful collaboration, it's once more a mash-up of styles. From new roots ('Defend The Throne', 'See To It', 'Justice') over hip-hop (title track 'Life Of A King' with a Lutan Fyah reminding us of Damian Marley) to dubstep ('Cyaaan Do We Nothing', a duet with Chronixx), 'Life Of A King' has got it all. More than decent album for reggae lovers with a broad musical taste.