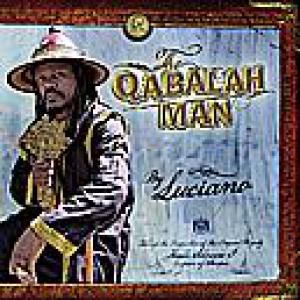 Is it just yours truly or are Luciano's albums starting to sound more and more recognizable? In the case of 'The Qabalah Man' there are several reasons for that: Al.Ta.Fa.An producer Anthony Senior pressed his stamp on most of the songs in the track list, two tunes we already encountered elsewhere ('So Long', a duet with Mark Wonder, was already included on his 'True Stories Of Mark Wonder And Friends' album and 'Black Man Government' can also be found on Naptali's 'Long Journey' where it was titled 'Seven Miles') and 'Tribute To Dennis Brown' is just a cover of 'Stop The Fussing & Fighting' disguised as a tribute to Dennis Brown. In addition to a light déjà-vu feeling all this of course once again guarantees a pleasant listening experience.