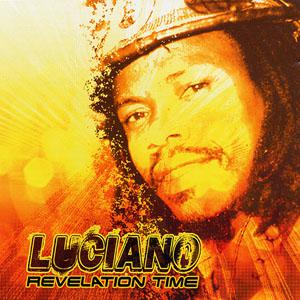 The Messenger rarely disappoints and impresses once more with 'Revelation Time'. Most of the tracks on this album are produced by Triston Palmer, who also steps in as guest vocalist. 'Revelation Time' will also appeal to fans of classic riddims; we recognized, among others, Kick Up ('Freedom Fighters') and Golden Hen ('Warning'). The final stanza of the album is 'God's Love' for which Luciano was joined by no less than 6 other artists (Marcia Griffiths, Beres Hammond, Triston Palmer, Delly Ranks, Courtney Melody and Michigan); "seven the hard way" they call that in Jamaica! Once again: nuff respect Messenger!