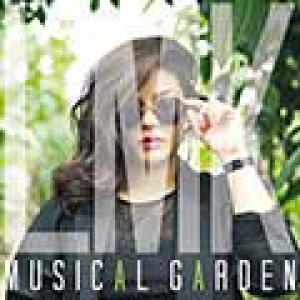 Yours truly got to know LMK, a singer from Annecy in the east of France, thanks to Dubmatix' 'The French Sessions' album on which she was featured in two songs. In our review of that album we compared her with Soom T, a comparison she doesn't seem to disagree with: "Soom T was the first female artist in reggae music I listened to and her style inspired me to try and sing that way as well. She had a profound influence on my work, but as I've also started to listen to other music, these days I try to distance myself from that style a bit to let those other influences take hold.". Being born in a musically inclined family, LMK spent just over a decade studying classical harp at conservatory, but when she discovers her voice, her musical outlook changes completely. She starts to experiment with a variety of genres, quickly develops a true passion for hip-hop and reggae and takes her first steps in the French reggae scene alongside Anesthesia Sound. Last year already saw the release of the aptly titled 'Starting Block' EP, in which LMK blended reggae and hip-hop with influences from hip-hop, dubstep, jazz and r&b, and her album debut 'Musical Garden' is pretty much in the same vein. On 'Musical Garden' LMK resolutely opted for singing in English and invited some notable guests: in the infectious 'Best Of What You Got' you'll hear Troy Berkley, a Bermudian globetrotter who after living in the United Kingdom, Spain and Belgium, eventually ended up in France, and in 'Music Is My Life' LMK introduces us to Davojah, a young talent from the French Pyrenees. The track list of 'Musical Garden' ends with three acoustic versions allowing the listeners to discover LMK's voice in all its purity. French girl power and absolutely a voice to keep an ear on!