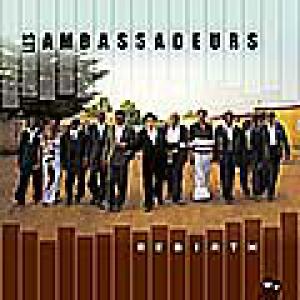 The aptly titled 'Rebirth' hails the musical resurrection of one of Mali's most legendary super groups: Les Ambassadeurs du Motel. Amadou Bagayoko (Amadou & Mariam) isn't to be found on this comeback album (even though in the recent past he still joined the band on stage), but with Salif Keita and Cheik Tidiane Seck, Les Ambassadeurs still counts a number heavyweights from the Malian music scene in its ranks. Counting but four tracks, 'Rebirth' is rather an EP than a full album, a taste of what is hopefully still to come, and where that's concerned, these four songs sound more than promising!