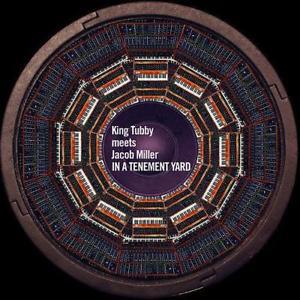 King Tubby meets Jacob Miller's 'In A Tenement Yard' is a curiosity in every way you want to look at it. For starters, this is one of the rarest albums in reggae history; the original LP appeared in 1976 and only a negligible amount of copies were put in circulation. As the title suggests, this is King Tubby's take on some classics by Jacob Miller and Inner Circle surprisingly replacing the original vocals with the sound of the Moog, the early version of the synthesizer. The result is a highly original dub album which hardly sounds vintage 1970s at all. Listening to the moog for fourteen tracks straight is perhaps too much of a good thing, but this album is worth the purchase for both Tubby and Miller fans!